There’s something so quintessentially wintery and cozy about chicken pot pie.  It’s really the ultimate winter comfort food.  And making my own lets me totally control what goes into it, unlike most of those frozen, pre-made ones from the store. 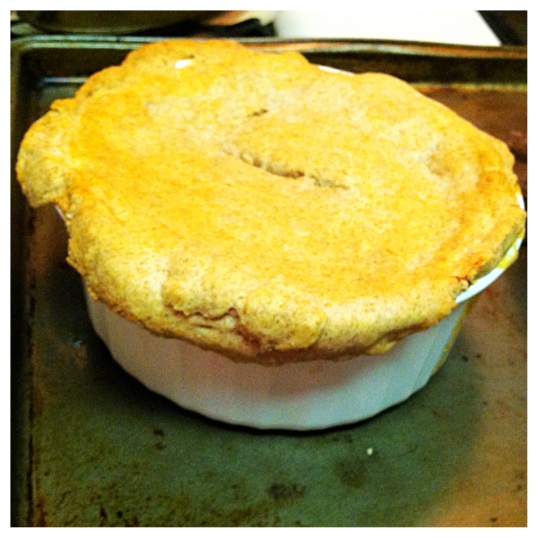 Overall, this was a good recipe, though, of course, I skipped the mushrooms in lieu of an extra pour of chicken stock. Once it was all baked up, I did feel the whole thing could have benefited from some more salt, which is unusual for me, but nonetheless, an extra pinch of salt would’ve brought all the flavors out even more.

I used all white meat in my pot pie, breast specifically. I made chicken soup the same day (more to come on that later), so I used one of the breasts that cooked in the stock. (Multitasking!)

I really wish there was more I could say about this pot pie, other than Kevin loved it and I wish I had more, because it’s still cold and bitter and pot pie weather. But March is so close now, and I’m hoping the mid-Atlantic catches on that March means spring. (One can dream, right?) And I love the whole wheat crust instead of the typical white crust (not that the thought of topping it with biscuit dough hasn’t crossed my mind…yum.) 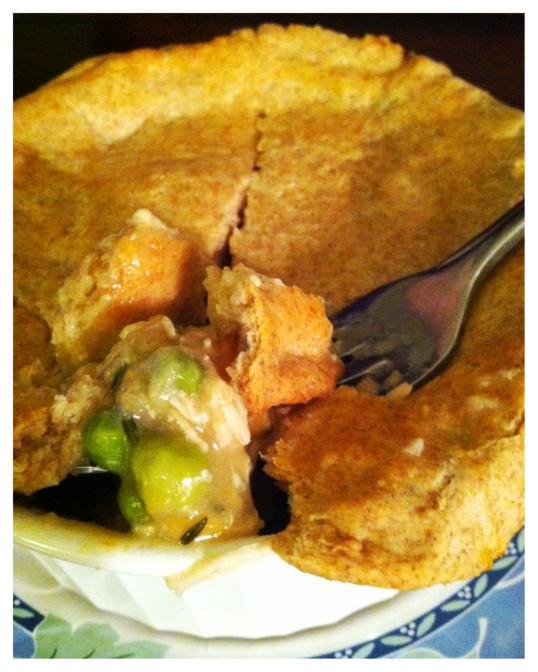 I’m also still suffering from a bit of anesthesia hangover from my wisdom teeth surgery yesterday. On the good side, I’m in very little pain; I’ve only taken two Tylenol and none of the Vicodin the surgeon prescribed. On the downside, I’ve been super tired and groggy since yesterday, and there are solid chunks of time directly post-surgery that I remember NONE of.

I’ve been tucking into all the soup I prepped for myself last week–I’ll have a separate post about that coming soon.